Hey Artists! It’s a fun art contest with Prizes! Doodle, Sketch, Scribble, Sulpt and Scratch. The deadline is almost here! Click below to join in and scroll down to see some of the entries.

This amazing morning Everybody finger pointing was entered by Tara Audibert! 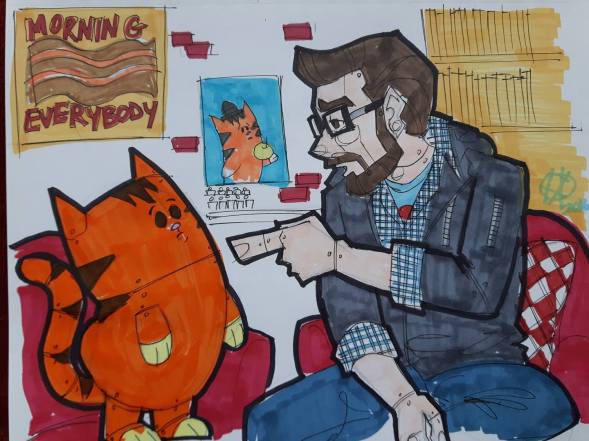 A Classic Curtis and Milo by L’il Sam!… 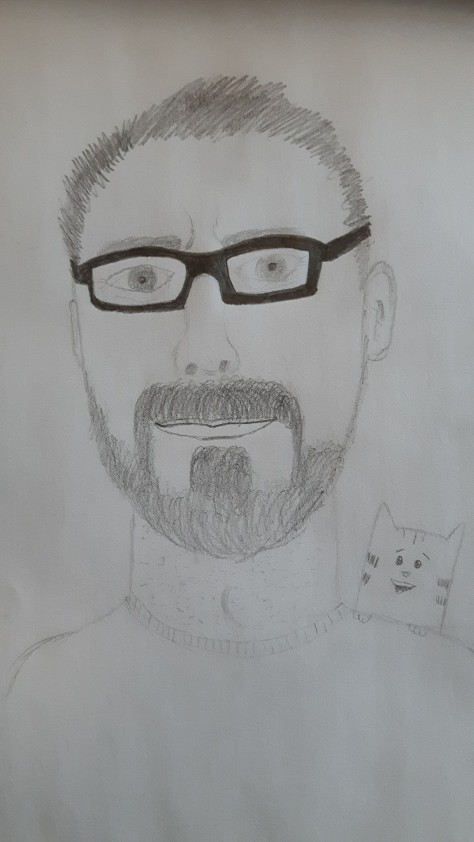 …and this Milo The Catboy is By Shelby Christie! Fantastic! 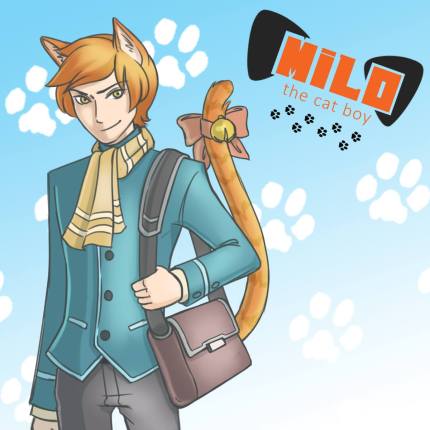 There’s more to see and you can join in too!
Just go to:
www.NosuchThingAsGrownUps.Com/Contest

Also Watch Morning EveryBody!
Every Week! Winners will be announced on the show!

I always wanted to be the movie Who Framed Roger Rabbit. Not just make something like it or work on a sequel. Or even go back in time and be in the movie. No, I wanted it to be my life, at least once a week. But it was never really a thing available at the job fair… so I never went to the job fair. I went to animation school instead. 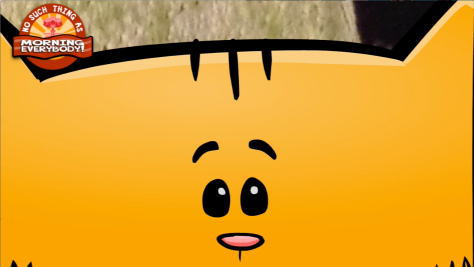 I never wanted to go to Disneyland or World. In spite of what you think… none of your favorite characters are there. Not one. There are very tall versions of adorable little creatures. Sweaty overheated teens in giant helmets. There are actual humans pretending to be Jasmin and Aladdin. Those two characters happen to be very nicely designed human “characters”… not regular people from the real world. So why would I want to go there and lie to myself? I’ve always thought oversized mascot versions of cartoon characters are offensive to a child’s imagination. I know what they look like on TV and they don’t look like cheap felt full of neck-holes. Cartoons have life in their eyes… plastic googly eyes do not.

Now I’m sure there are hologram versions of the cartoons there now. Which might give me a reason to one day go to Disneyland for a few minutes. Not for the rides or people in costumes. The promise of a “Toon Town” made it more interesting many years ago. But it still looked like over sized hard plastic version of squashy stretchy cartoon life. No. I wated something different.

I’m not insane or a clown posse. I never believed that Bob Hoskins got to meet any of the characters. I understood there was a process and I wanted in on that process. I watched the making of videos and learned that it was actually very complicated. But I still wanted to power to cross dimensions.

I’ve made several short animations where I interact with imaginary creatures. It’s fun but there are a few extra steps. It’s definitely not as complicated as the making of Roger Rabbit, but my computer still does not do all the work.

Recently I launched my web Show, Morning Everybody, which I try to post every Thursday. The goal of this show was to eventually afford the time to hang out with imaginary characters. As much as that is the deluded dream of a 7 year old. It can also be the auspicious dream of a 37 year old. Mostly I talk to the camera and I am usually to warn out from drawing/creating at work to do it some more at night. But this week…

This week I did. And next week I’ll do it again. And one day going to “work” will involve setting up my gear and talking to myself. Then animating the things I Pretended to talk to.

Welcome to episode 36: Everything is a Contest or a Talent Show. In this Episode I talk to the animated soul of my dead cat as we try to win a contest together. All While I live next to my new neighbors who I could hear through the walls saying, “He’s talking to himself, No he is. He’s talking to himself. He’s just talking… to himself.”

Please enjoy what watching what my neighbors could only hear.

“Beats Droppin’ Bitch and I’m already there!” Sing along with Milo & the Gang in our 1st ever RAP CLASSIC!

Milo drop beats like a Bitch, and DJ Ms. Ripley is scratchin’ it up with those hip styles we know and love! Check out our very first epic music video from No Such Thing As Grown Ups! If this isn’t proof that we’re not grown up, I don’t know what is! Subscribe of our Youtube, we got tons of funny videos there for you to watch!

As always, Video Fridays are brought to you by the fabulous folks behind the No Such Thing As Grownups Podcast (that’s Curtis and Tara to you). “They are geniuses, this is their world, and we just live in it.”-Mike Valiquette Fundlebundle Channel http://www.nosuchthingasgrownups.com/

Listen to this weeks NEW NSTAGU Eps #76: A Beaver in the Hand is Worth Two in The Bush 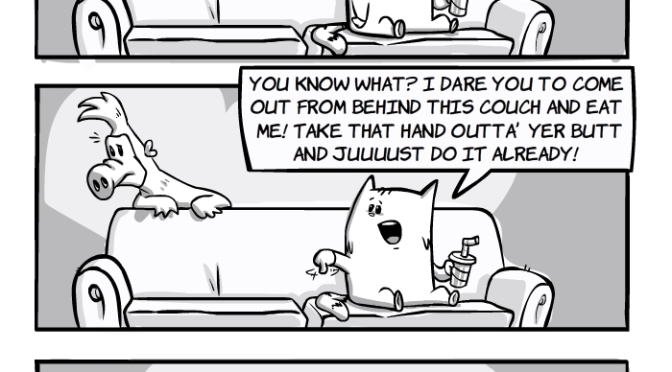 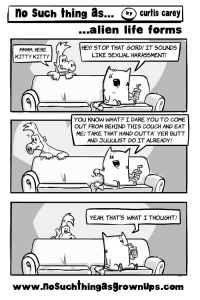 And you can eat a cat too kids! Follow our wordpress so you never miss out, we have a surprise for you everyday! 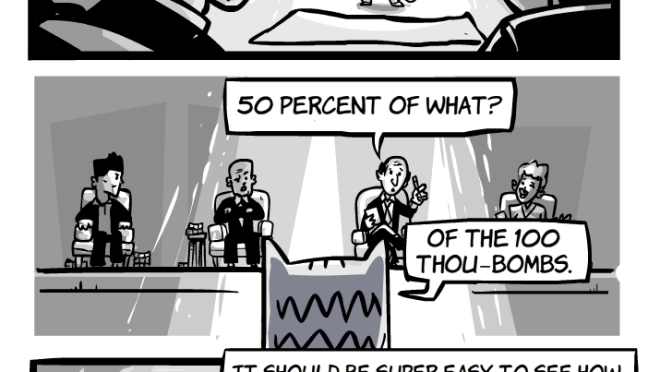 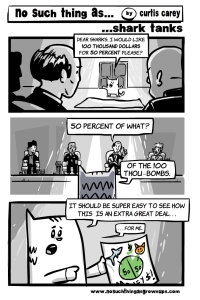 And you can get 50% of 100 Thou-Bombs too kids! Follow our wordpress so you never miss out, we have a surprise for you everyday!

Become our Patron on PATREON & listen to the AFTERSHOWS and more non-grown up fun! 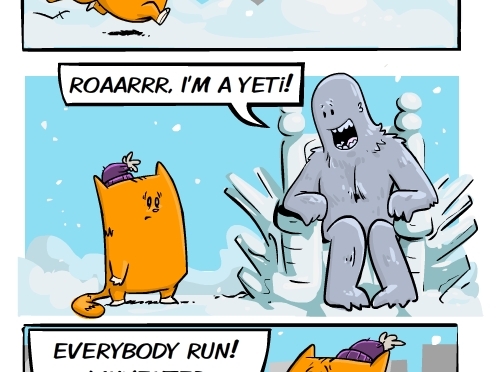 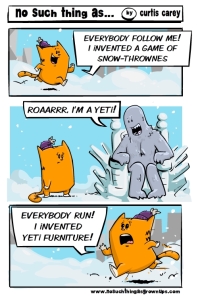 And you can make yeti furniture too kids! Follow our wordpress so you never miss out, we have a surprise for you everyday!

Become our Patron on PATREON & listen to the AFTERSHOWS and more non-grown up fun! 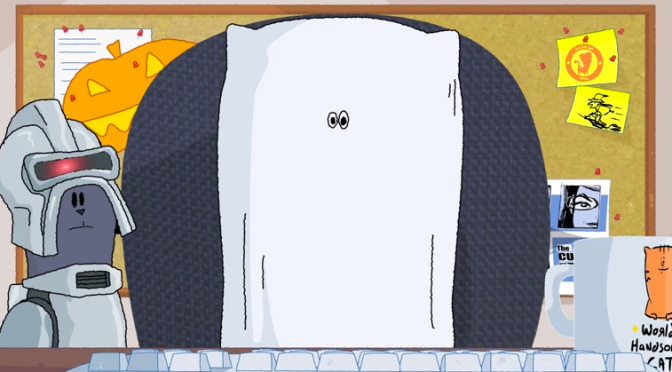 HAPPY HALLOWEEN From NO SUCH THING AS GROWN UPS! 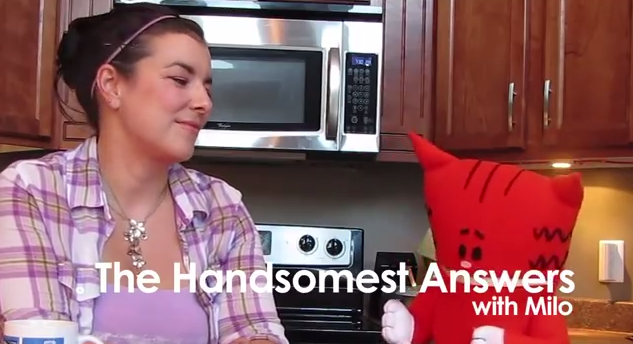 It’s Vidd-ee-uh Friday, and we have a retro Handsomest Answers with Milo-Featuring our own NO Such Thing as Grown Ups Co-Host Tara Audibert. Subscribe to our YOUTUBE channel and never miss out on all our new videos & podcasts!

We put out new post all week long for our fans!

Follow us and never miss out! Leave us a comment we want to hear what you think!

Follow No Such Thing as Grown Ups on WordPress.com

Listen to our Podcast

Podcast Guide to Surviving the Pre-Apocalypse